This week's TAST challenge by Sharon is Herringbone stitch.

Pull up the needle at A, down at B and up at C, again down at D and up at E...continue to do so. This is for the basic herringbone stitch. 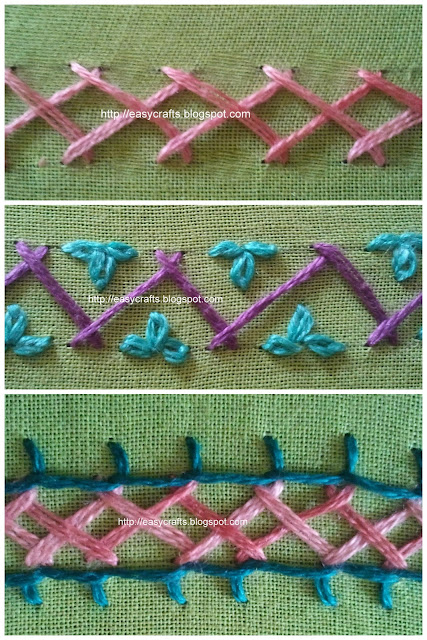 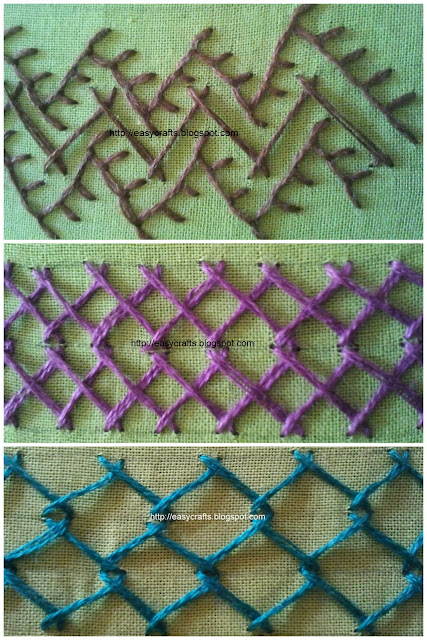 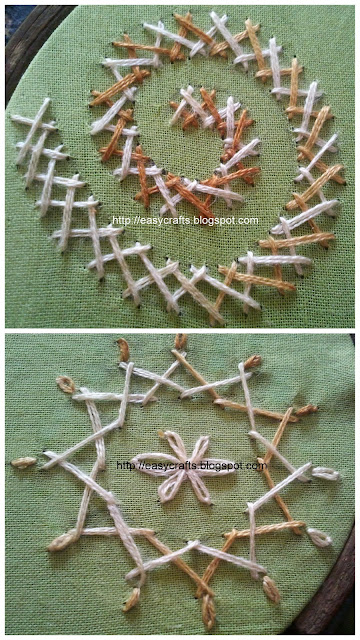 This week's TAST challenge by Sharon on Pintangle is Cretan stitch..

Here is the step by step instructions for beginners 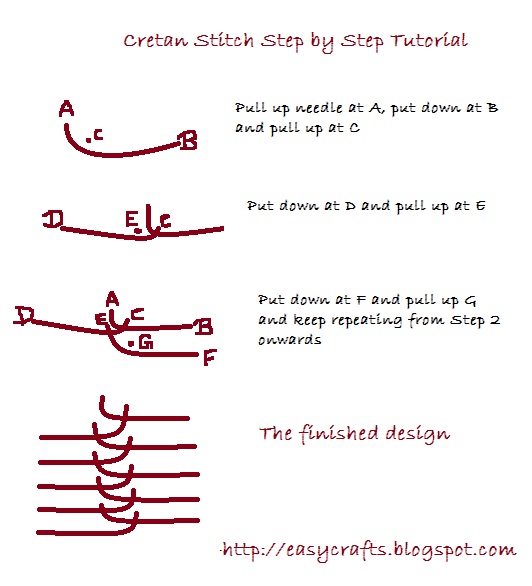 On cloth, the steps look as in the below picture 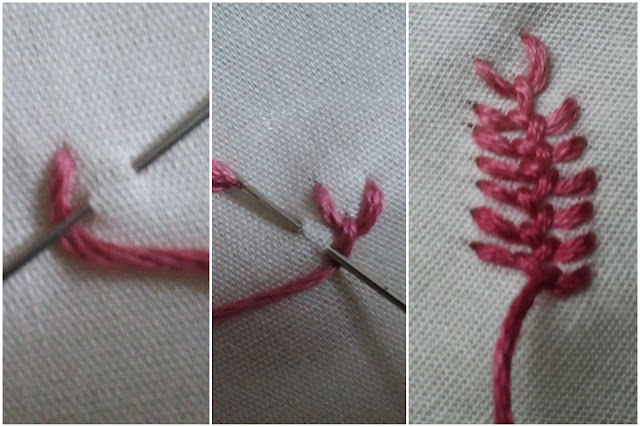 Some of the patterns that I tried with this stitch 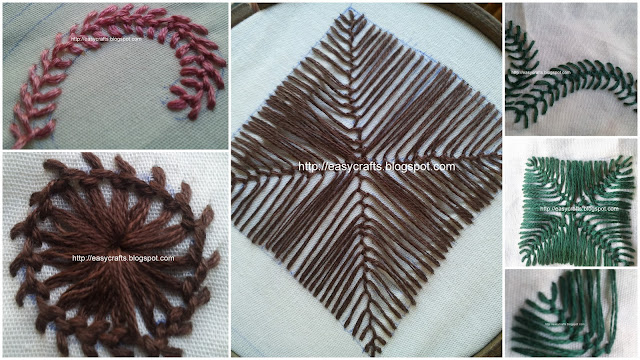 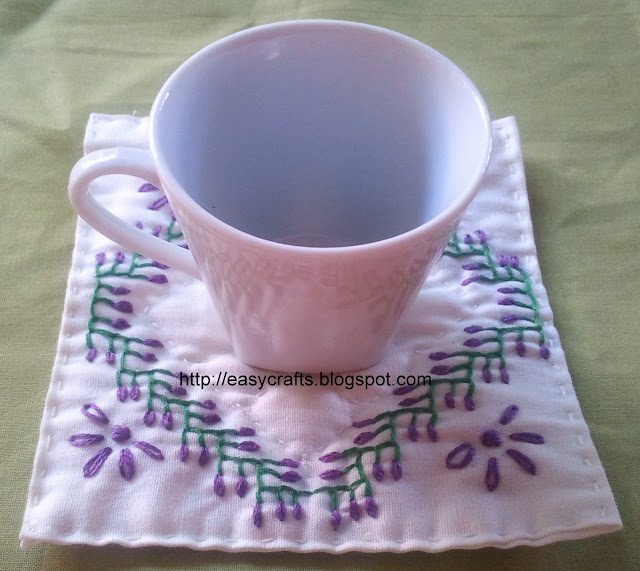 Cut the cloth in 2 pieces of measurement 11 cm X 11 cm for each coaster. Cut one piece of foam of the same measurement for one coaster. 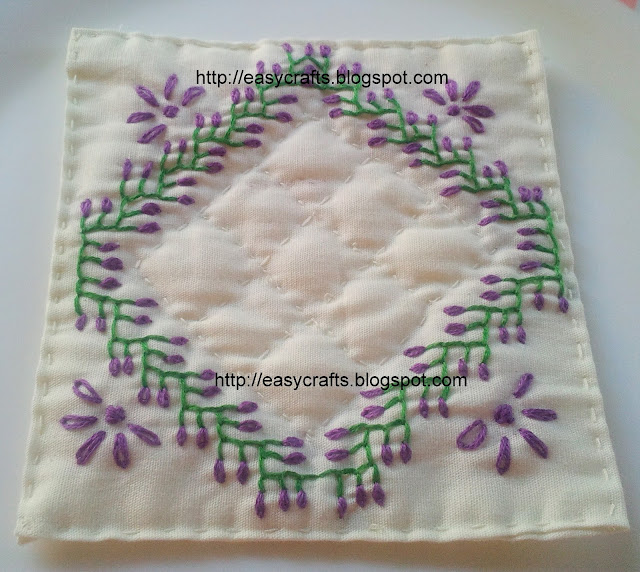 Attach the foam to one piece of cloth by simple running stitch so that it doesnt move while doing embrodiery. Attach the ring and start working feather stitch -any design of your choice. I have done simple feather stitch square pattern and used chain stitch to form flower like design in a different colour thread. Check Veena's step by step pictorial instructions for feather stitch embrodiery.

Stitch the second piece of cloth covering the foam on the reverse and invert it so that the foam is in between two pieces of cloth. Give a stitch in the inner side so that it stays stiff.

This is my work for Sharon's TAST challenge on Pintangle..
8 comments: 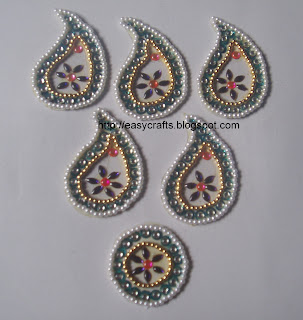 The basic pieces decorated with kundans, beads and pearls and the various designs it can be formed into... 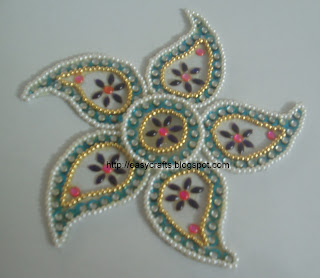 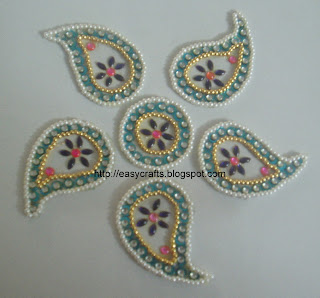 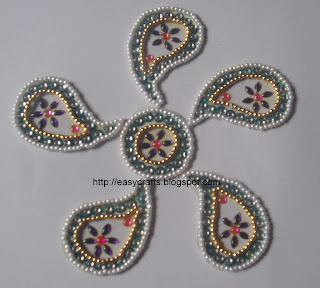 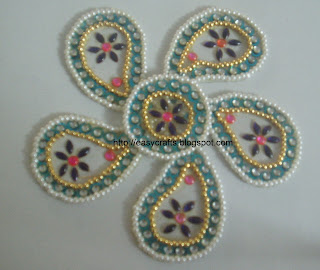 This is my first attempt at Buttonhole stitch and am joining Sharon's TAST challenge on Pintangle..

I quilted a fridge pocket, did some applique work and used buttonhole stitch to make it look brighter. Used some laces to cover the machine stitches...Instructions for this would follow soon....

A closer look at the design on each pocket 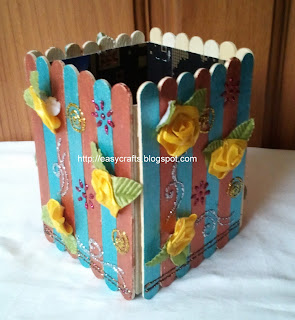 Pen stand made with icecream sticks and decorated with fabric colours, glitter and satin roses..inspired from a pattern on the net 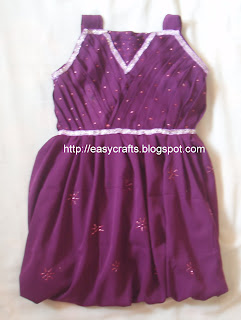 Tried a bubble dress for the first time -sleeveless, decorated with glitter and lace.

Any clarifications or mistakes, kindly mail to easycrafts@gmail.com

Latest on other blogs

My handicrafts for sale 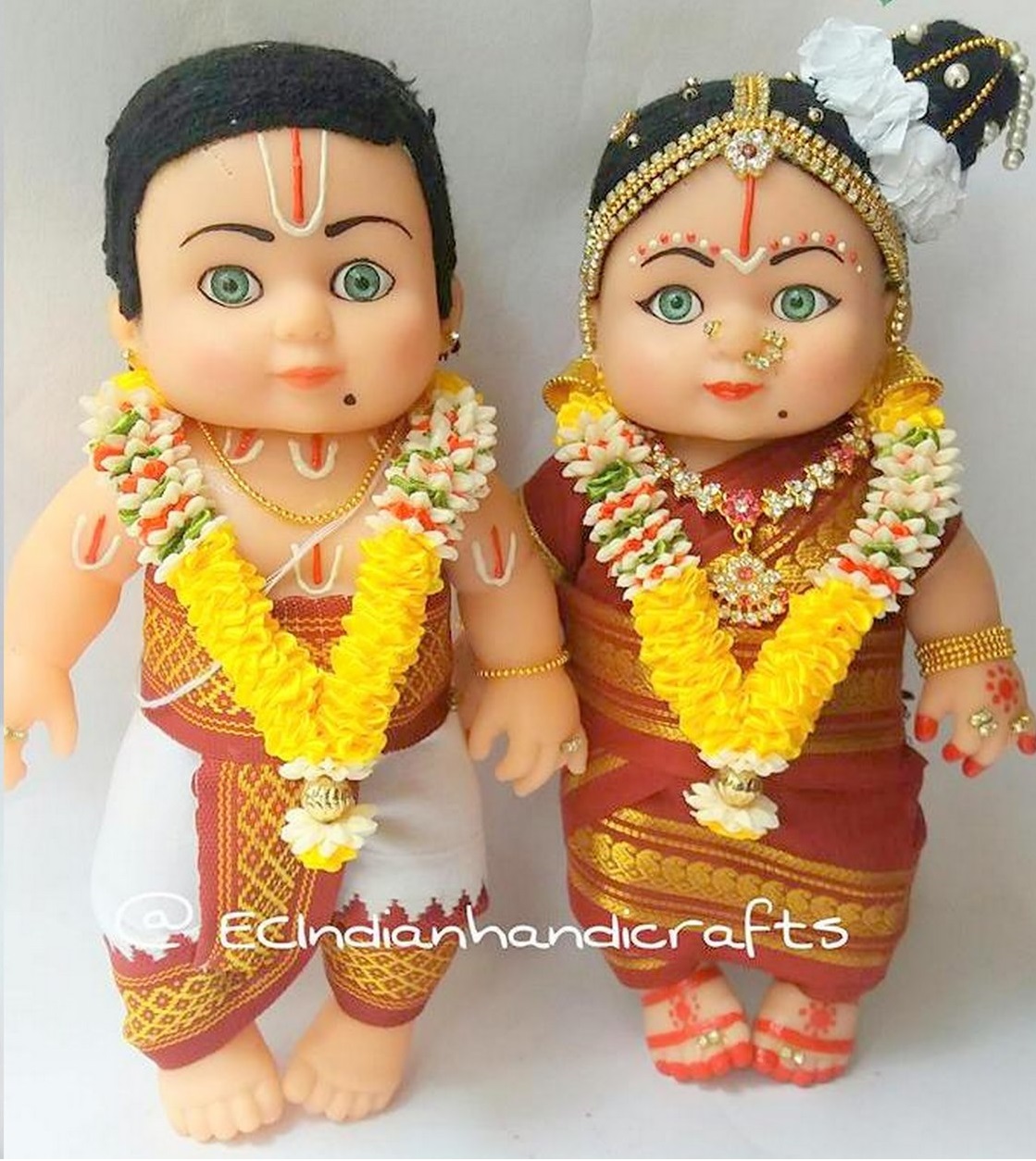